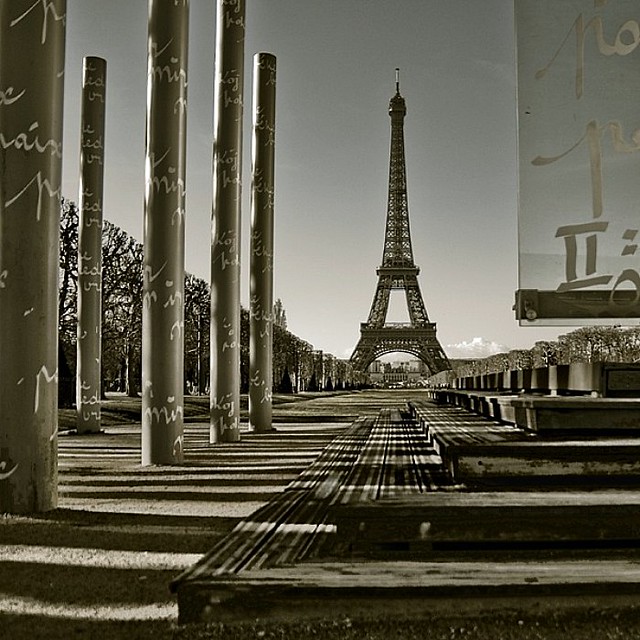 Ten days after the horrible terrorist attacks in Paris, one of which targeted people enjoying a concert of music, the members of the Choeur Varenne and I were extremely proud to give their concert to a large Parisian audience.

The programme was all based on tango music. The highlight of the show was Martin Palmeri's Misatango, with the composer playing with us at the piano. I encourage you to listen to it; it is upbeat, soothing, melancolic and it sways beautifully all along.

Email ThisBlogThis!Share to TwitterShare to FacebookShare to Pinterest
Libellés : music

By this time, every body with an Internet connection should know that Paris has been the site of horrible terrorist attacks last week. The victims were having some innocent fun with friends and family: drinking, eating, chatting, listening to music. These are all things dear to me too.

I was also in a concert on the other side of town listening to the British Orchestra of the Age of Enlightenment playing Schumann and Mendelssohn. The concert was very enjoyable and soothing. It was over by 10pm. I walked to the Champs Elysées metro station, finding that the policemen at the Grand Palais police station were rather excited running all around with their guns and bullet-proof vests. After three years of security alerts in Nairobi and clear instructions to avoid all places where I could sniff a security threat, I did not stay on to watch what would happen and took the metro home and went straight to bed.

The next morning, I was taking an early morning train. The alarm clock did not ring but luckily, I got up naturally in time to jump out of bed and into the train in the nearby station. I dozed off again to be woken up around 8am by my mobile phone with a call from an unknown foreign number. It was my Singaporean Aunty Betty Teo calling from Australia asking if I was still alive! She was the one to break the news of the terrorist attacks to me. I then spent a good part of the train ride responding to numerous unread text messages and emails asking about my safety.

Thankfully, I had planned a long week end at my parents' country house so I spent three days away from the tense atmosphere in Paris.

On Sunday and Monday mornings I listened to France Musique radio to hear what musicians and producers of classical music had to say about what the attacks meant for the musical world and live cultural shows in France. The general feeling was that artists should not let themselves be deterred from putting themselves on show, nor should the audience stay away, as this would indicate to the terrorists that they had succeeded in terrorizing us out of what is an integral part of being Parisian: enjoying ourselves. Live music would continue, with enhanced security measures.

Having thought out this lesson in the train ride back to Paris, I found myself comfortable with this state of mind. So on Wednesday night I went to see my first show after the attacks where the audience was respectable for the Parisian premiere of City of Ashes, a contemporary opera on post-WWII Berlin, with a pianist and just three singers evolving on a 4 m² stage: the trademark of Opéra de poche.

So along with many Parisians, I still hope to enjoy food and music with family and friends in this admirable city. All are welcome to share this remarkable experience with us.